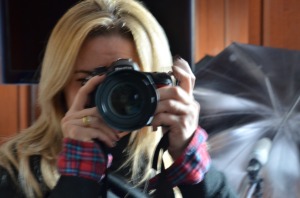 When asked to give her job description Joann Kushner describes the evolution of her work. Not simply a filmmaker and photographer, Kushner is an artist, community facilitator, producer, documenter and bid writer, by necessity of her self employment.

Growing up in Kirkby, she explained she “never had the bottle to be an artist” in a social environment wherein she felt this unacceptable. An acute interest in art and writing was spurred by favourite teachers, however when she left school at 16, Kushner went straight into employment, and was left without the key resources or confidence to be able to further her artistic career. Instead she began local secretarial work, focusing her time among organizations aiming to prevent drug use in young people. Some of these projects started to lead her back into art, as it was being used as an alternative to drug use, however Kushner didn’t have the confidence to let art grow to more than a hobby. Instead she notes the key communicative skills and exposure to an artistic environment as what helped her in the long term.

Kushner moved to and from Moscow throughout the early 90’s with her partner’s film company, furthering the opportunities she had to observe and learn through experience. Throughout this time she worked back and forth between Russia and England over the years and getting more and more involved in her own artistic practice in her free time. She began work at the British Embassy for some time, and highlights that the communicative skills she’d learnt in her early secretarial work had enabled her to get this job. She also completed work as the marketing manager of a law firm, which gave her the skills to work in her mum’s casting agency as a marketing manager. This experience aided her skills in photography and all round communication, whilst cementing the idea that she definitely wanted to be behind the camera.

She completed her media degree at 39 and says the production skills and essay structuring she learnt here were invaluable. Kushner explains “the ability to structure an essay gives you the ability to structure a film” comparing the importance of each word to the use of each shot. University life gave her the opportunity to use top end equipment, the confidence in giving presentations, and the theory that informs her practice now. After completing her degree she became a full time self-employed artist, with the experiences she’d gotten before going to university creating the connections she needed to get employment when she left.

I told her of my experience with career’s advice and asked her what advice she’d give her younger self; “Just do it!” She says, “if you’re passionate about something, don’t let anything put you off, just follow it…In Liverpool the arts bring in £4 for every £1 that’s spent…This city is dependent on artists, galleries, museums and events.” She warned me that anyone trying to push young people away from a self employed career in the arts is potentially pushing them away from where the jobs are, describing that the view that self employment is synonymous is unemployment may be true, but only until the support and belief in your work is found.